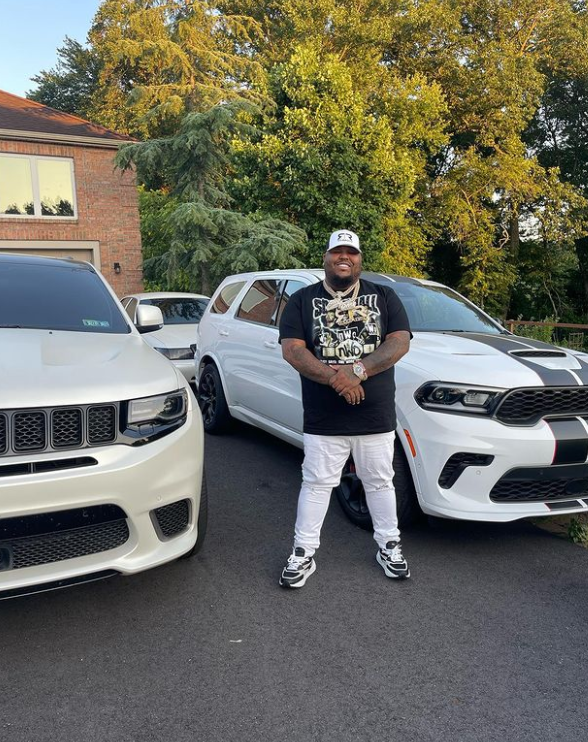 Omi In A Hellcat is a famous YouTuber and entrepreneur where majority of his income comes from the daily vlogs he updates on his channel as well as the ventures he has set up.

With a total of 809K subscribers on YouTube and a million followers on Instagram, Omar Carrasquillo owns multiple expensive luxurious cars and is known for loving Dodge Hellcats.

Wanna know more about Omi In A Hellcat including the intimate details regarding his early life, career, personal life, net worth, nationality, and more?

Stick till the end of this Omi In A Hellcat net worth article to know how he managed to achieve and accumulate all of his fame, wealth, and success.

Omi In A Hellcat – Early Life

Bill Omar Carrasquillo goes by the name of Omi In a Hellcat and was born on August 6, 1986, in Philadelphia, United States.

With American nationality, Omar Carrasquillo was raised by his father, Julio Carrasquillo, a real estate agent in Philadelphia, and his stepmother.

Omi In A Hellcat’s real mother allegedly was a drug addict and therefore did not partake in his upbringing. The specifics of his schooling or higher educational journey is not known.

Before developing and launching several other businesses he does as of today, Omi started earning his living by working as a pizza delivery guy for a total of five years.

In later years, Omi started reselling games as well as created a hosting company where he hosted some of the most popular games of all times including Minecraft and Grand Theft Auto 5. This led Omi to become a professional software application developer from where he would then go on to building and marketing a wide range of successful apps.

The IT enthusiast has created an application called GEAR TV Reloaded along with IPTV. In the FBI raid in September of 2021, Omi was charged with conspiracy to commit copyright infringement, fraud and tax evasion. The indictment claimed that Omi along with two partners developed an illegal multi-million dollar streaming empire and following the raid, the app was shut down.

He creates and uploads automotive videos on YouTube which have made him incredibly popular over the years. Omi has also released and sung in the songs such as Waste My Time, Call Back, Know the Feeling, and Sense.

Omi In A Hellcat – Personal Life

Omi is not married to anyone as of yet and all the information available reports that has been dating a girl named MiMi for quite some time.

A couple of months ago, Omi proposed to Mimi and shared the moment with his followers by uploading the video with his girlfriend on Instagram.

They shared the said proposal video on February 15, 2022, with the caption “She Said Yes” and that’s all the information we have so far.

He also has two sons named Omir and Nomar from his previous relationship.

Summing up the value of all the assets of Bill Omar Carrasquillo or famously known by the name, Omi In A Hellcat, his net worth is approximately $50 million as of 2022.